Exhausted and nerves frayed, the Doctor looks around for the object of all knowledge and knowing. The animals know, and lead the Doctor away singing a soothing march. 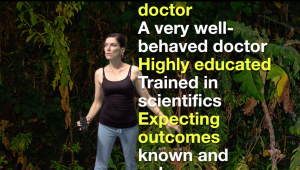 Non-actors rehearse live for the camera. The silent video is accompanied by live soundtrack. Part of a feminist, queer science fiction trilogy. The performers enact a series of vignettes about cruise ship passengers stranded on Port-au-Pleasure passing the time in pursuit of bourgeois pleasure. 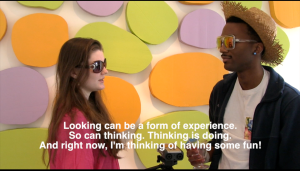 Invaders of the 5th Dimension [excerpt] 2015

Non-actors perform script for camera. Part of a feminist, queer science fiction trilogy. The tools of video-making are on display and the narrative disrupted. Unnamed forces threaten Lil Star and ask her to give her mind over to their control. Questions revolve around agency, action and language. 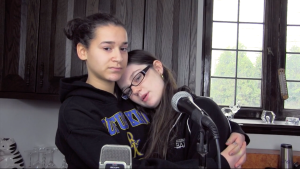 Using the form of learning-to-read graphics, what’s being read is quickly confused. Based upon the research of Dr. Melanie Klein, a psychoanalyst who worked primarily with children. 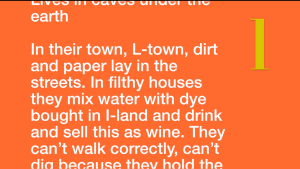 Madame Mae Nang Nak asks Northern Thai people to tell the popular Thai ghost story of Mae Nang Nak. The video explores how the telling of a story changes the story, including how the role of the translator affects the narrative. Subtitles also contribute more than their content. Video made with support from Compeung Artist Residency, the people of Doi Saket and Wat Doi Saket. 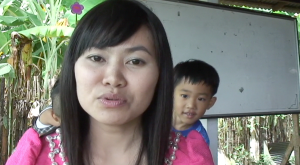